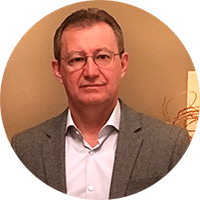 Toly Kotlarsky is a pioneer of smart cameras and imaging barcode scanning technologies. He has authored real-time operating systems and kernels; designed system architectures and led the development of highly successful commercial products. Since the mid-1990s, the focus of his career has been in the development of 2D image processing systems. At the startup company Auto Image Id, Inc., where he was Director of Software Engineering, he and his team developed the world’s first industrial smart camera. In 2003, Kotlarsky joined Metrologic Instruments, Inc., later acquired by Honeywell, to lead their Advanced Development R&D group and run the program of development of imaging technologies. The company’s first imaging barcode scanner, called Focus, was developed by his team and released to production in May of 2005. It was the world’s first imaging barcode scanner adopted by a top retail chain, which had transformed the entire retail industry. Currently, he is proudly working for Zebra Technologies, a great technology company.