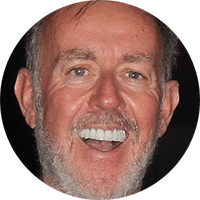 Vin Ratford is an experienced technology executive and serial entrepreneur.  He has been the Executive Director for the Edge AI and Vision Alliance since 2012. In 2014 he co-founded Auviz Systems a computer vision and machine learning startup purchased by Xilinx in 2016. From 2006 to 2012 he served in several executive roles at Xilinx, including Senior Vice President of Worldwide Marketing and Business Development, SVP Software Development and GM, Embedded Systems. He was President and CEO of AccelChip from 2004-2006, also acquired by Xilinx. Mr. Ratford has held sales and marketing positions at Giga Scale IC (chipestimate.com acquired by Cadence), Virage Logic (Nasdaq IPO), Mentor Graphics and Teradyne. He has held design engineering positions at Data General Corp and Raytheon Corp. Mr. Ratford holds a B.S. in Electrical Engineering from Northeastern University. Vin’s other passion besides technology is sailing.